After the condition of our foots got better, the members were no longer worry about, and now we were able to do a good experience line for our customer! I thought that, as the assistant's instructor ceased to occasionally again, I was struggling without being able to judge people visiting like anger. It was not like this at all in other booths, and only my experiences line was causing abnormal situations. (Pic-1)

I felt that I understood the reason when I was interviewed by IWCS (International Tree Culture Society). The men who went through the interview carried out an experience race, but when taking out the paper with the black slide finished from the woodchair, we took out as if it were visible to the surrounding people on purpose. Then, from the surroundings, the cheers of "Woo !!" came up because a sudden contour line of suddenly Angkor Wat appeared (Pic-2)

Angkor Wat is also drawn on the flag of Cambodia and is also a symbol of this country. (Pic-3)

In making the design this time, it was decided to be Angkor Wat with the staff, as a cambodian people seemed to like it, with a tailor-made idea, but it seemed that it was amazed at the key points of visitors.

In this way, I was teaching in the guidance until the end of the last 5 days of the event period. After all, I do not know the exact number how many people have experienced, but I think that it may be 550 to 600 people (although there are many discarded papers) from the number of used paper I will.

The closing ceremony was scheduled from the evening on the last day of the event, but the staff asked me "Please sit at the front so I'm going to stage." Inner, can you get something? I also expected, but what I got up to the stage was a picture scarf with a silk 100% Angkor Wat and a certificate of completion. (Pic-4 to 6) Neither was "extraordinary" to say that. In the first place, IWCS is an NPO, because it is a nonprofit group that sells at this event and also keeps a certain group as a tough priority.

Even so, in the event where more than 100 countries participated, only seven people were raised to the stage, so IWCS 's unique "stylistic appeal" was felt.

The moment I received this scarf and certificate on stage, "I made my first custom made woodblock successful! I was convinced that it was " 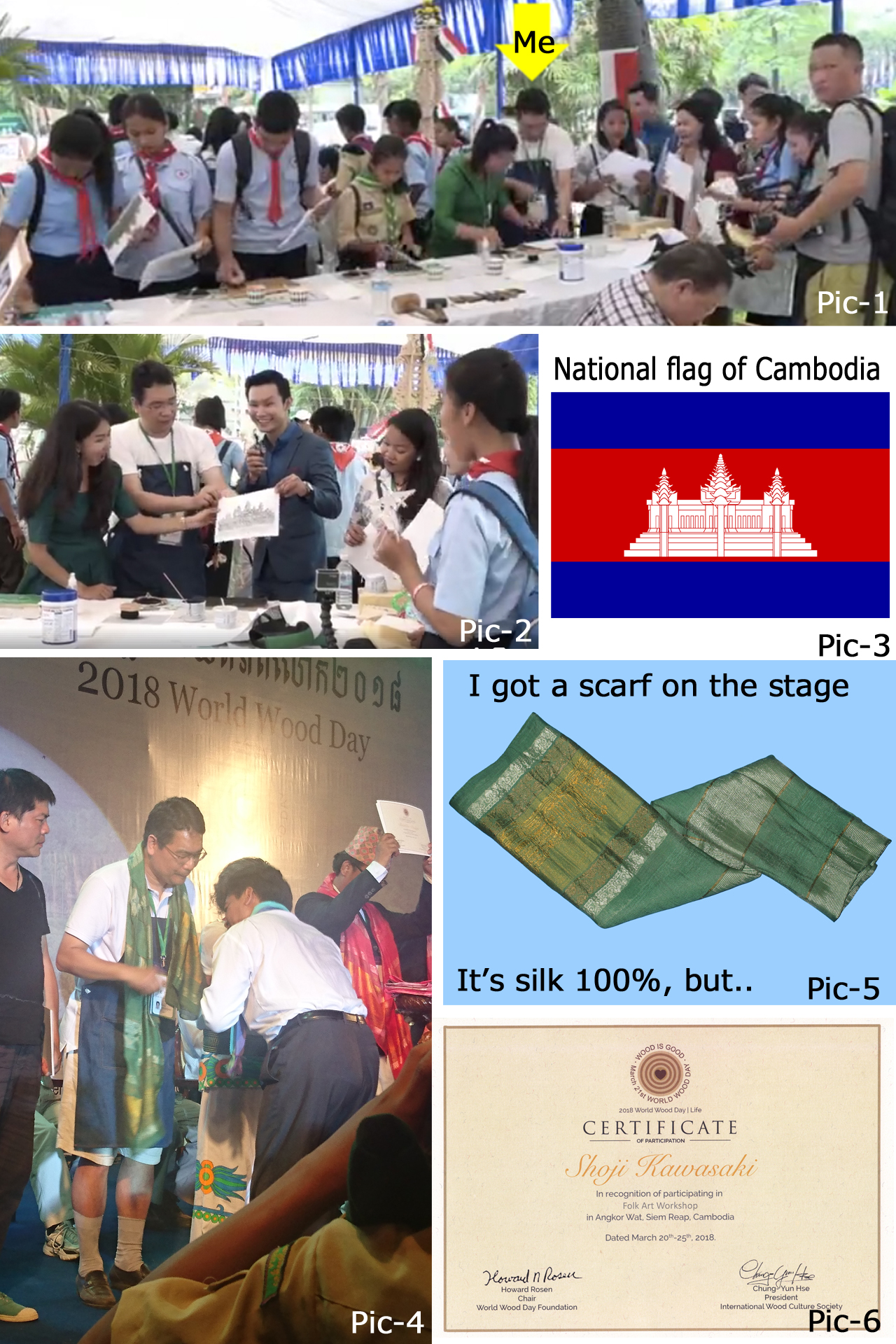